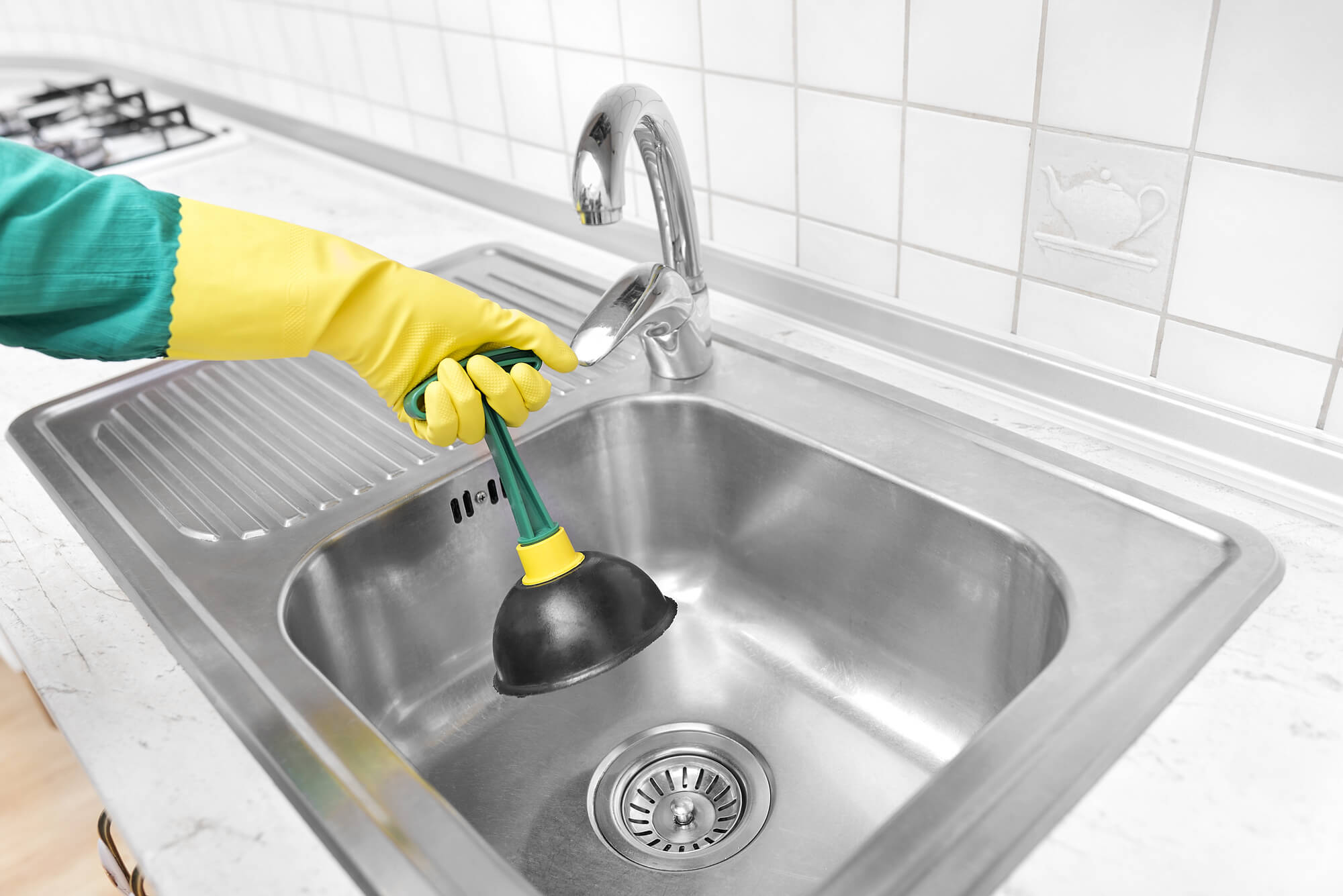 Are you looking for how to remedy your clogged drain?

The majority of homeowners have dealt with a clogged drain at one point or another in their lifetime. After all, it happens to the best of us, and it doesn’t mean there’s anything wrong with your plumbing system.

Instead, these temporary clogs are often caused by collections of hair, foreign objects, discarded food, and hardened grease.

Unfortunately, fixing a clogged drain can be costly and require the hiring of a professional. However, before reaching for the phone, rest assured that there are a number of home remedies that just might provide for a solution.

When it comes to unclogging your drain, boiling water just might be the most simple and effective solution.

Fortunately, this method could not be more simple as it only requires one ingredient: water. Once the water is boiled, be sure to pour the water slowly only through the drain.

If you have a porcelain sink, be sure to avoid pouring the boiling water on the porcelain. Contact with such hot water may irreversibly damage the porcelain.

As it turns out, plungers do not only work wonders for a clogged toilet but also clogged drains.

For the clogged drain, be sure to remove the metal strainer before you begin plunging. Once plunging, be sure to employ fast and continuous plunging motions until the drain is unclogged.

Not only is soda a sweet treat on a hot day, but it can also act as a safe remedy for a clogged drain.

Just as more harsh cleaning ingredients contain corrosive qualities, so does soda. Slowly pour a two-liter bottle of soda down the clogged drain. Allow the acid in the soda to work its magic for two hours before flushing with hot water.

The triple threat consists of three safe and natural products that the majority of homeowners carry on hand: baking soda, salt, and white vinegar.

As compared to chemical cleaners, these natural products are safe for usage and not directly linked to any health concerns. Scientists advise that chemical cleaners are best avoided by all and can typically be replaced by natural cleaners.

When attempting this method, be sure that your three ingredients are carefully measured out as follows:

Before you begin, make sure that the drain contains no water whatsoever. From here, pour one cup of baking soda followed by one cup of salt and one cup of vinegar into the drain.

To finish, wait ten minutes and then flush the drain with boiling water.

The snake is a commonly used method for heavily clogged drains in which the previous methods were unsuccessful. This is especially the case for bathroom drains that may be laced with collections of hair.

The snake works by feeding a steel wire into the drain. Once it comes into contact with the culprit, it allows you to pull out whatever is creating the stoppage.

The snake is especially handy for drains in which the clog is not at the entrance of the pipe.

The wire coat hanger employs the same method as the snake.

Straighten your wire coat hanger to the best of your ability. At one end of the hanger, bend the wire the create a hook shape. From here, feed the wire down the drain until you reach the blockage.

As with the snake, it’s vital to pull the blockage to the surface rather than further pushing the blockage down into the pipes.

Once finished, pour boiling water down the pipe to finish the job.

Let’s face it, plumbing issues are not almost never a walk in the park.

They require attention to detail, can be extremely complicated and are almost always messy. And so, when it comes to fixing a clogged toilet, it can feel intimidating.

Fortunately, this unclogging method works to loosen the blockage and is simple yet still effective.

Begin by pouring 1/4 of a cup of dish detergent into the toilet bowl followed by a cup of boiling water. The soap will act as a lubricant and will help to encourage the blockage to separate. Allow the mixture to sit for one minute and then begin plunging the toilet.

If you’re unfamiliar with what a sink trap is, it’s the “U-Shaped” area of the pipe.

Even for those that stray far from the world of plumbing, the sink trap is very simple to identify. It also happens to be the area in which most drains become clogged.

For this unclogging method, you are required to remove the trap. Begin by placing an empty bucket under the trap. From here, use a pipe wrench to loosen the pipe and remove it.

Once the trap is removed, you can take a metal coat hanger to clean the pipe and remove the blockage.

Sometimes the key to avoiding clogged drains is to prevent it from happening in the first place!

After all, the most common factor leading to a clogged drain is putting unfit items down the drain.

Not only is this bad for the drain itself, but it’s also bad for our environment. In fact, fifty percent of sanitary sewer overflows in the United States are the result of grease, fat, and oil being poured down the drain.

For bathroom drains, use a hair catcher and avoid flushing any feminine hygiene products down the toilet. For kitchen sinks, avoid flushing large pieces of food as well as pouring grease into the drain.

These are among some of the most common reasons for clogged drains. When making a point to avoid these issues, you’re sure to notice that your drains remain unclogged for longer.

Dealing with a clogged drain can be just another day in the life of a homeowner or landlord.

Whether it’s a kitchen, bathroom, or laundry room sink, there are many factors that can lead to a clogged drain. Once the drain is officially clogged, many homeowner’s gut reaction is to call a plumber.

While a plumber is likely to fix the problem, there are home remedies for clogged drains that anyone can try. With the right instructions and a little bit of elbow grease, there’s nothing stopping you from attempting to unclog your drain.

Of course, some blockages do require professional care and assistance. For household issues ranging from plumbing to air conditioning and heating, be sure to contact us today! 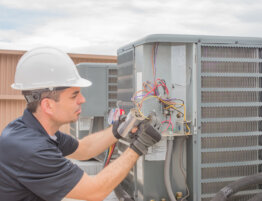 Winter is coming. But there might be one item you have left off the holiday… 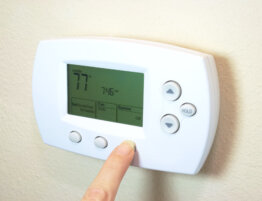 We’re feeling the impact of inflation in just about every way imaginable, including at home…. 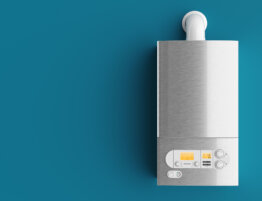 When winter finally comes, the last thing you need is a broken heater. It’s far… 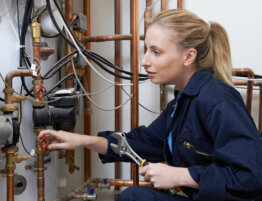 There are few better inventions in the modern world than indoor plumbing. When you turn… 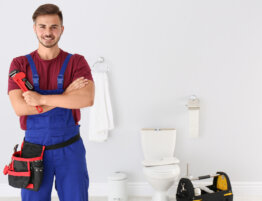 Are you looking for a Cleveland-area residential plumber to take care of your pipes? Finding… 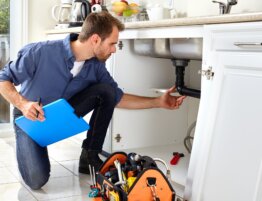 It’s safe to say that plumbing issues are common, but they might be even more… 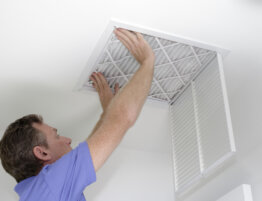 If you want your HVAC system to run as efficiently as possible, and if you… 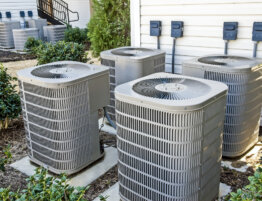 The international HVAC system market will be worth $202.14 billion by 2028. It will register…